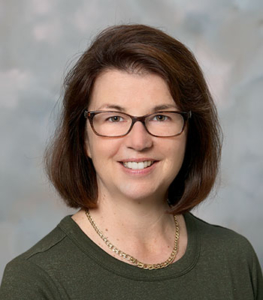 A graduate of Norwood High School, Dr. Zyirek-Bacon received her Bachelor of Science degree in Biochemistry from UMass Amherst in 1985, followed by a Medical Degree from UMass Medical School in 1989. She enjoyed her Internal Medicine residency at UMass Memorial Medical Center (UMMC), including a year as Chief Resident. After completing the Cardiology Fellowship at UMass Medical Center in 1996, Dr. Zyirek-Bacon was employed as an attending cardiologist at UMMC until the end of 2001.

Dr. Zyirek-Bacon has been practicing cardiology in the Milford area since 2002. She is ABIM board-certified in Cardiovascular Medicine and is a Fellow in the American College of Cardiology. Dr. Zyirek-Bacon specializes in general cardiology consultation and non-invasive testing such as echocardiography, stress testing, and nuclear medicine imaging. Dr. Zyirek-Bacon is also an assistant professor at University of Massachusetts Medical Center at Worcester.

Her particular interest in stress reduction led her to achieve a Qualified Teacher designation for the Mindfulness Based Stress Reduction (MBSR) program as taught at the UMass Center for Mindfulness. She is also an RYT-200 yoga instructor and is enrolled in her 500-hour yoga training. Dr. Zyirek-Bacon will be offering the 8-week MBSR program, as well as ongoing yoga and meditation groups, through Hopedale Cardiovascular Associates.